Its spring and that means its time for me to make the Pizzagaina or “Meat Pie”.

Which in itself is no small task. It takes planning, shopping and lots of prep. I wrote about this in the past here.

So last night after work and while doing some recording, I started the baking the batches. I had already prepped the meat and cheese earlier in the week and did the dough the night before.

Now, this isn’t your standard hand pie. This is the Italian older cousin. It’s dense, rich with eggs and cheese and full of dried and cured meats. Think “cheesecake meets quiche” but without the jiggle.  You will hear this called by many names from including; Easter Ham Pie, Pizzagaina, Pizza Rustica but they all mean essentially the same thing.

I have several versions but as I’ve written before this is my favorite basic version recipe. You should feel free to swap out the meats for what you can find locally to you. I also started to try out doing them as mini loaves as they freeze and are great house gifts for pals 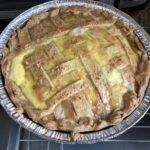 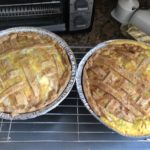 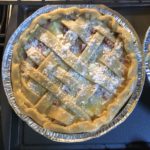 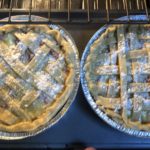 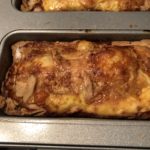 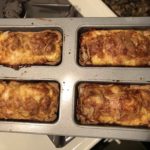 I got big Easter reviews at home today from the patient!

This is the text that I got while in the office, after prepping for this afternoons dinner and making sure that Paul got his coffee and Easter Ham Pie.

“The House of Dino has done it again. Chef Frank and sous-chef de cuisine, Shadow, have brought an Italian tradition into the 21st century. Their Easter Ham Pie is moist, salty, and creamy. All your favorite breakfast foods… eggs, bacon, ham…rolled up into one beautiful pie. Served warm or cold, it simply melts in your mouth. The crispy flaky crust holds the magic together. Just like your Italian grandmother made…only better.  Well done, boys!

Later today we planned a very last minute meal with just a few pals doing a potluck. But since we had a ham a few weeks ago, I decided to go super simple with some baked ricotta & herb shells, meatballs, grilled sausages, and peppers.

Then as a surprise to Paul who has been out of the action of late. I test baked one of the recipes from the October 2017 edition of Milk Street magazine for Vietnamese Coffee Cake with Espresso Cream.

Overall a nice easy day with enough leftover for Monday and some treats the rest of the week. 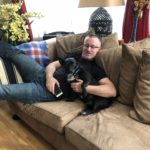 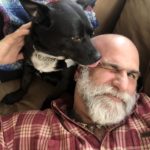 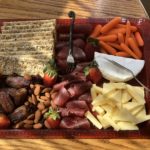 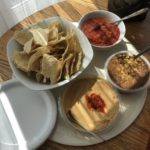 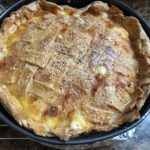 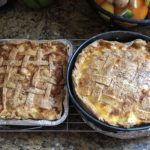 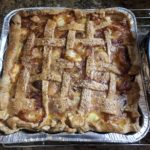 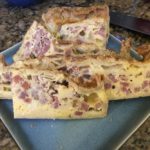 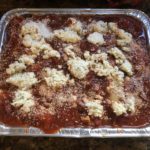 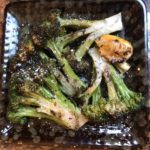 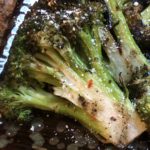 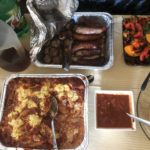 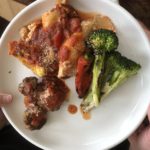 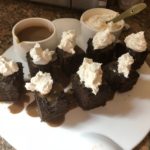 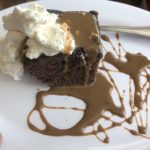