Yes – sometimes I just don’t fight it and will eat at the same place several times on a trip. I think Local 186– has become that place for me since its launch. Again this year I’ve already gone twice! Its a great place to go for lunch or dinner, with friends or a date. From its pretty stellar line of burgers to a solid assortment of salads Local 186 doesn’t disappoint. This year so far its been all about burgers with the exception of one meal when I went with a lighter side meal and opted for a Tuna Nicoise salad. 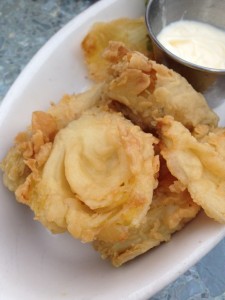 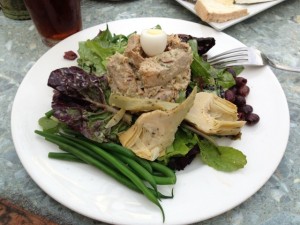 Go big when you go to Local – try something new; tackle your way through the side dishes.. you will be back. This year we’ve had so far the fried artichokes, the cheese plate (which is big enough for a meal),  and the fried avocado. 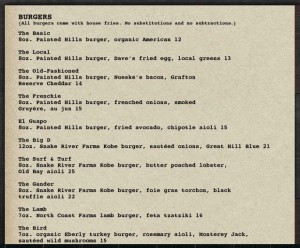 As for taste – they seem to nail it each time with the burgers – the tuna Nicoise was good and large but its blended style dressing while good – was muted and needed some sharpness in it to really pop the dish.

I also find that the service at Local is always some of the best in town,

Relish
hits home and continues to bring it solid to those that make the walk to its west end location in Ptwn. Great sandwiches, salads and assorted treats. This is a sure hit with the picnic and beach set with its fast order system and “grab and go” mentality – while at the same time offering top notch take home dinner quality dishes for casual home meals. They have an assortment of dishes that should satisfy many food needs and tastes.

The Baked goods are some of my fav – the recent chocolate chip coffee cake, and its older brother espresso cake (can you see a theme here) were worth the walk alone. they can get busy at main meal times for plan ahead for when yo9u stop by on the way to the beach etc. If you are a cupcake fan – its a great place for a fix as well.

Relish offers a full line up of foods – Check out the website for whats on deck for them or to place orders. http://www.PtownRelish.com 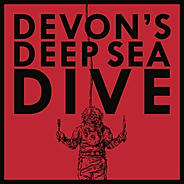 We rolled into the Deep Sea Dive last year when Devon took it over from its previous incarnation. After several good breakfasts and dinners during our last stay – we knew it would once gain be on our food plan for this trip.

We tend to eat in during the busier days when the day-trippers descend on Ptown so we looked forward to our mid-week visit.

For the first visit we went for breakfast this year and once again ran into the whirling dervish himself (we had met Devon earlier in the week at his other location in the East End; Devon’s or read my comments on it here; http://wp.me/s4hbkV-devons ). 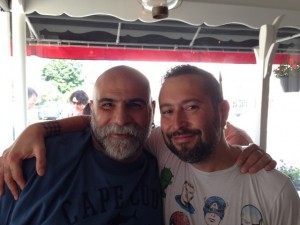 Devon was working  that morning and greeted us with a warm, cheerful welcome. The ever handsome and man about town, Chad was our waiter, presenting us with several breakfast specials in addition to it’s regular menu. After grabbing a much needed coffee for Paul and a green tea for me– we went with the house made sausage scramble special, a house made pesto, cheese and tomato omelet with homemade English muffin and a short stack of gluten free Maine blueberry buckwheat pancakes – well just becuase for that short stack! 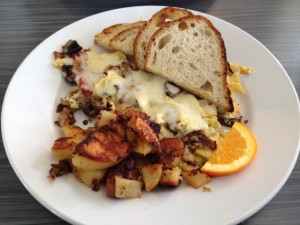 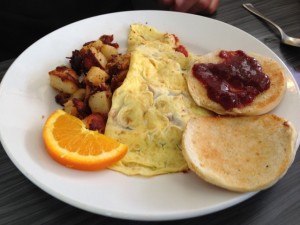 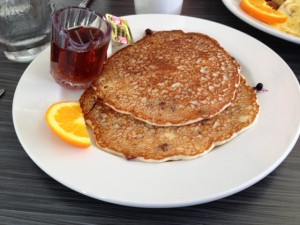 When our meal arrived, and quickly at that, one bite and we both knew that ordering the specials were the right choice. The scramble was the perfect combination of cheesy, smoky, mild spicy gooeyness that I love in a breakfast. The omelet was light and well cooked with a filling that made each bite a complete taste.

You can always tell when someone is using a homemade recipe for pesto over a store produced one,. The home version almost always has a little extra depth that comes from using native fresh ingredients that just can’t hold the same taste in a jarred version. I love the fact that in both of Devon’s restaurants they are stressing homemade foundations of flavor that really makes it an adventure.

FYI: Deep Sea Dive also offers a full dinner menu which we will be taking on later this week. You can also find them on Facebook; https://www.facebook.com/DevonsDeepSeaDive 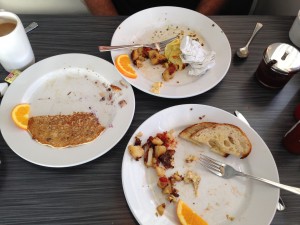 “Devon’s Deep Sea Dive serves organic fair trade coffee, espresso, and teas. Local and organic produce, meats, and seafood are utilized as much as possible. The menu includes several vegan and gluten-free dishes. The menu is complemented by a concise wine list featuring domestic and imported wines available by the glass and bottle, regional micro brews, and specialty cocktails. Devon’s Deep Sea Dive is also open for breakfast, serving specialty omelets, such as truffle cheese and baby spinach, pancakes, and French toast, as well as several vegan options, such as tofu scramble with oven-roasted roma tomatoes, mushrooms, and caramelized onions, and vegan French toast with fresh strawberries. Devon’s Deep Sea Dive is open May through October. During the high season (mid-June through mid-September) Devon’s Deep Sea Dive is open for breakfast and dinner seven days per week.”

We stopped by Devon’s for dinner recently when wanting dinner before we took in one of Ryan Landry’s & the Gold Dust Orphan Sunday show Snow White and the 7 Bottoms.

While we had an early seating – from the moment we entered we were made to feel welcome without any fussiness. Devon himself was on deck that night pitching in on the floor, which added its own special energy to the place.

With a nicely diverse menu, we opted for starters of organic Chicken Liver Pate ($13), the Mizuna Lettuce with Shaved Fennel, Radish and Carrots, Shallot -Thyme Vinaigrette salad ($10) and the house special soup being offered that night, which was a melon based puree with candied cashews. The starters had that perfect blend of savory, sweet, and crunch that opens up a meal.

For entrees, two of us went with the fresh halibut with roasted corn relish, cherry tomatoes on a bed a pepperonchini mashed potatoes. 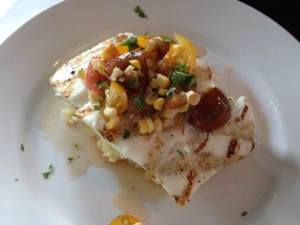 I’m a huge fan of monk fish (aka poor mans lobster when I was a kid) so went with the Pan Seared Monkﬁsh Medallions, Mojo Isleno Sauce, Creamy Polenta –($27) – an earthy, rustic dish that took the monk fish and paired it with a salty, spicy caper, olive and roasted pepper stew reminiscent of a puttanesca style, but with such a nice balance that it took on its own complex dimension that clearly made it its own dish. They serve is on creamy grits with the “stew” ladled around the mountain of grits like a castle surrounded by its moat. 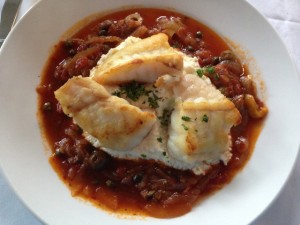 All the dishes that night rocked our praises. Nicely portioned and with clear intentions that Devon’s and his chief is enjoys an understanding that comes from the love of blending clean fresh flavors with rustic and hearty delivery. Well worth the walk to the East End for those West Enders that never seem to get much past the Boastslip. They offer both and indoor and outdoor seating option. Heat lamps are available as well as offering a rain covers on its outside deck for those adventures souls who want to eat outside during some of Ptowns occasional showers.

Seems that Coppertone has launched a new line of sunscreen products that cater to yet one more niche consumer; those of us with tattoos. In retrospect – this shouldn’t have been rocket science – many of us knew we needed or wanted a skin cover up – but never thought about a special blend. 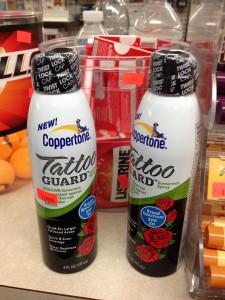 One of our fav “goto” spots for breakfast sandwiches had been the Angel Grocery at the corner where we stay while in Ptown. But this year the place had both a new vibe, with a new name and menu. Now called Pop+Dutch they offer a simple clean fresh take on sandwiches (regular, breakfast and gluten free) snacks and fresh in house made cookies and salads and fresh brewed teas and lemonade. The new folks working in this pint-sized general store, which some other reviewers label as a gourmet sandwich shop are friendly, easy going and fit the “go with the flow” vibe of Ptown while also not using that as an excuse for poor service a few other similar places lean towards.

They also came out with a cute reusable shopping bag with a fitting theme that caught my eye at day one. 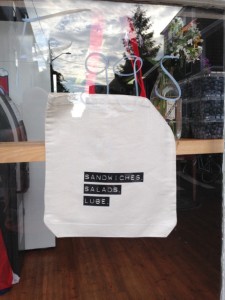