Found this on Huffington Post and was impressed enough to grab. The visual artistry is skillfull.

After almost  2 months working in Atlanta, grabbing a superfast weekend back to San Francisco to celebrate Pauls bday and turkey day. But why do I think this is what awaits me…

A whole lot of cooking 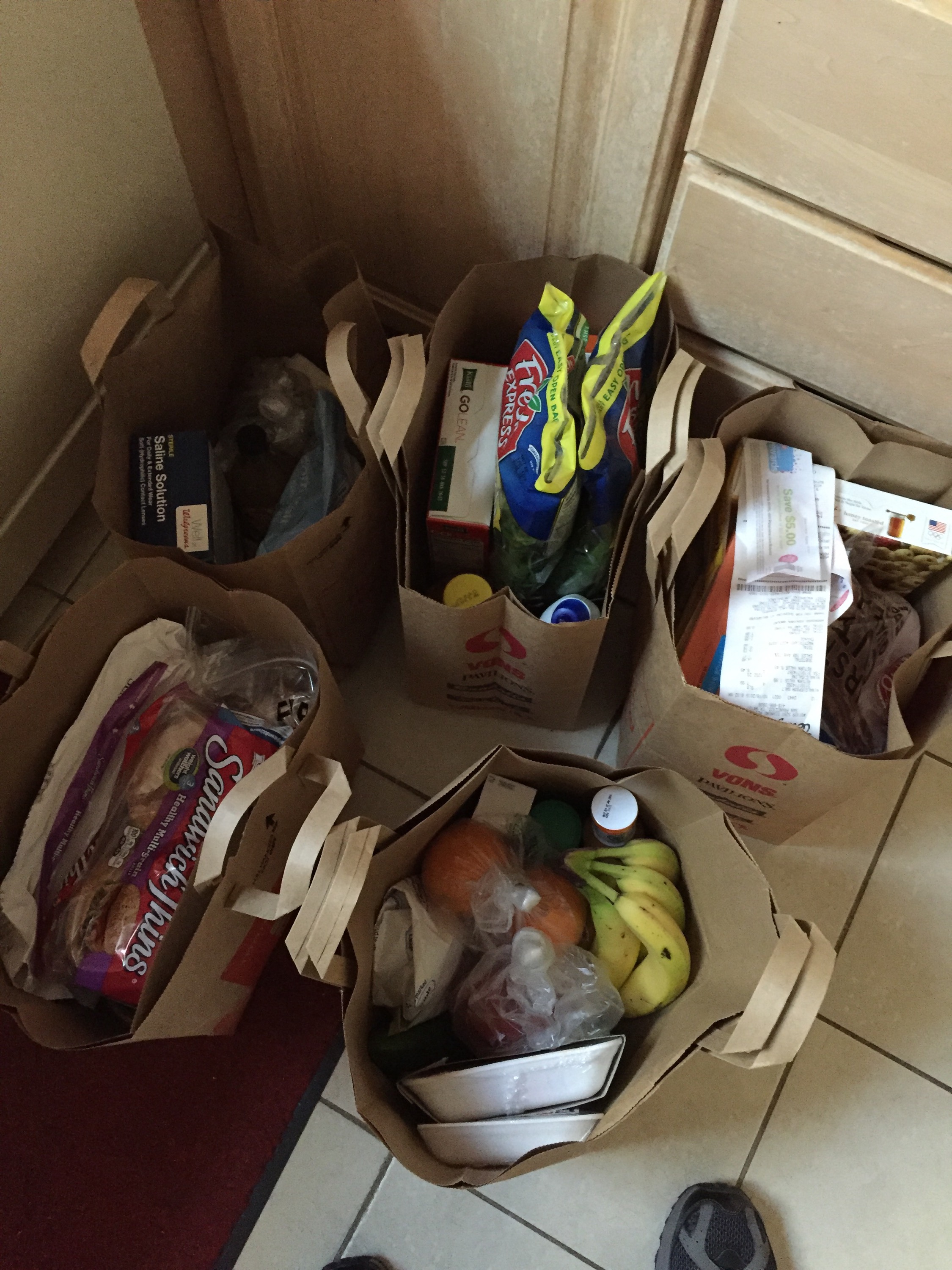 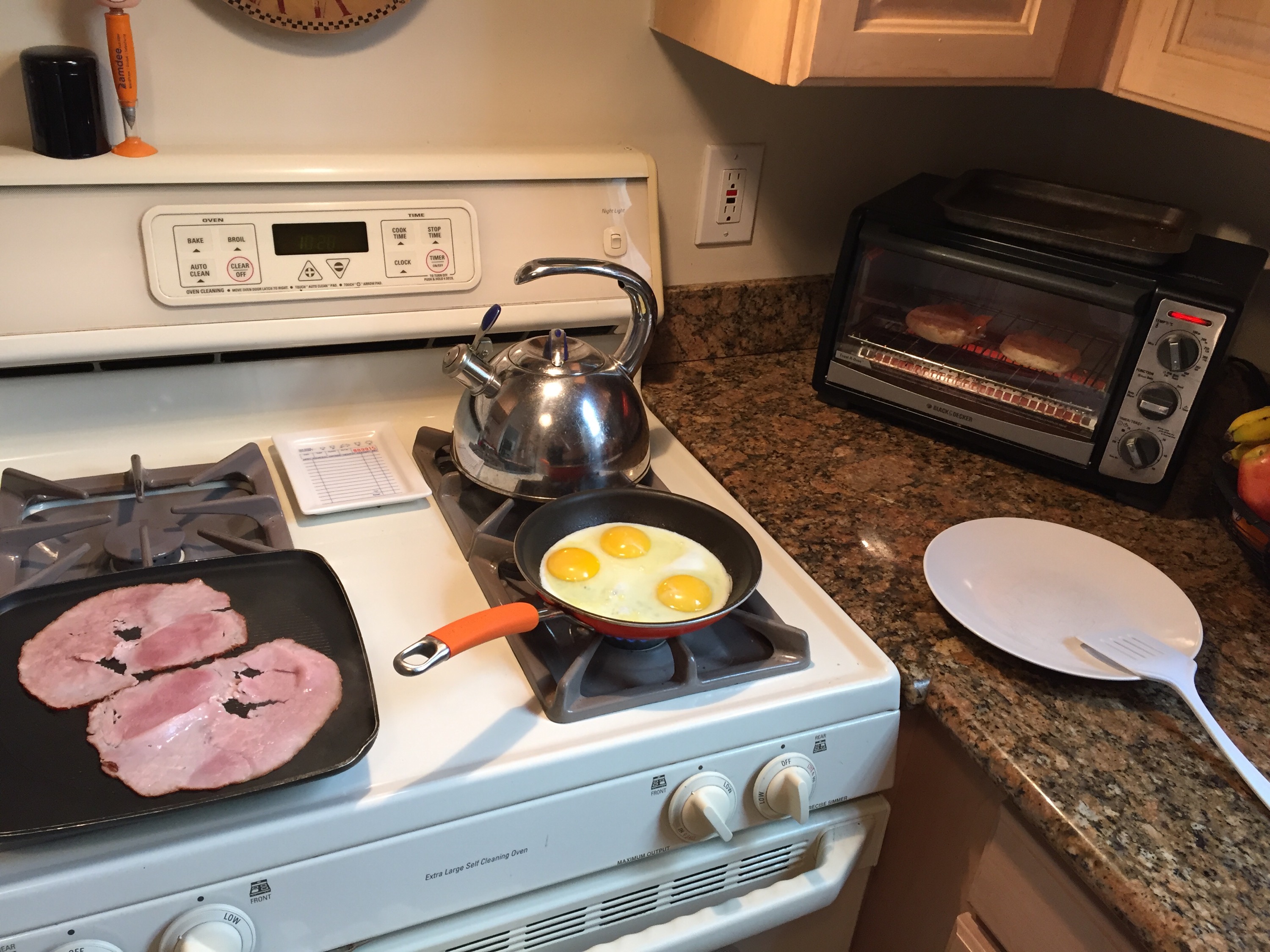 On the other hand; I could just do 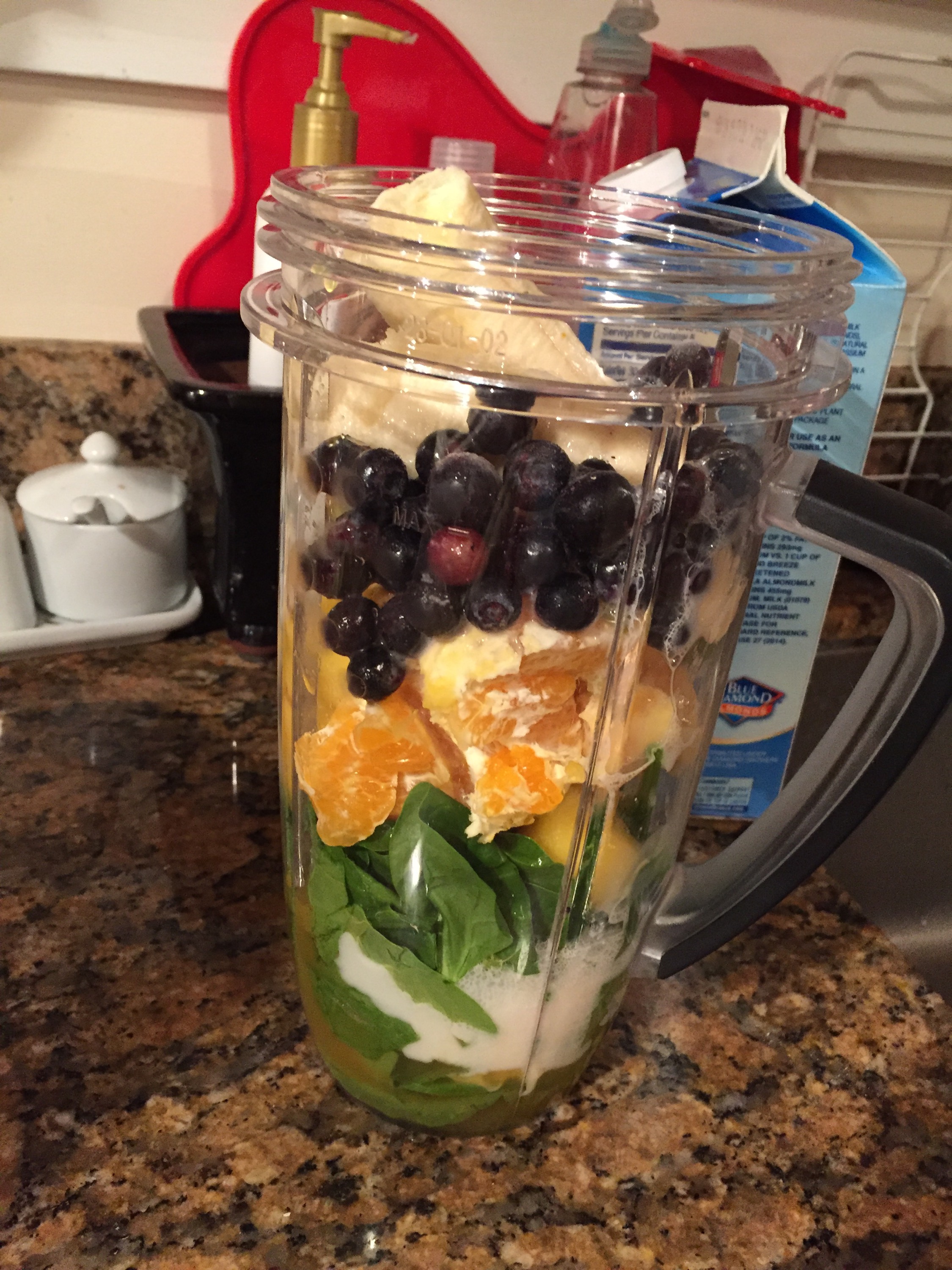 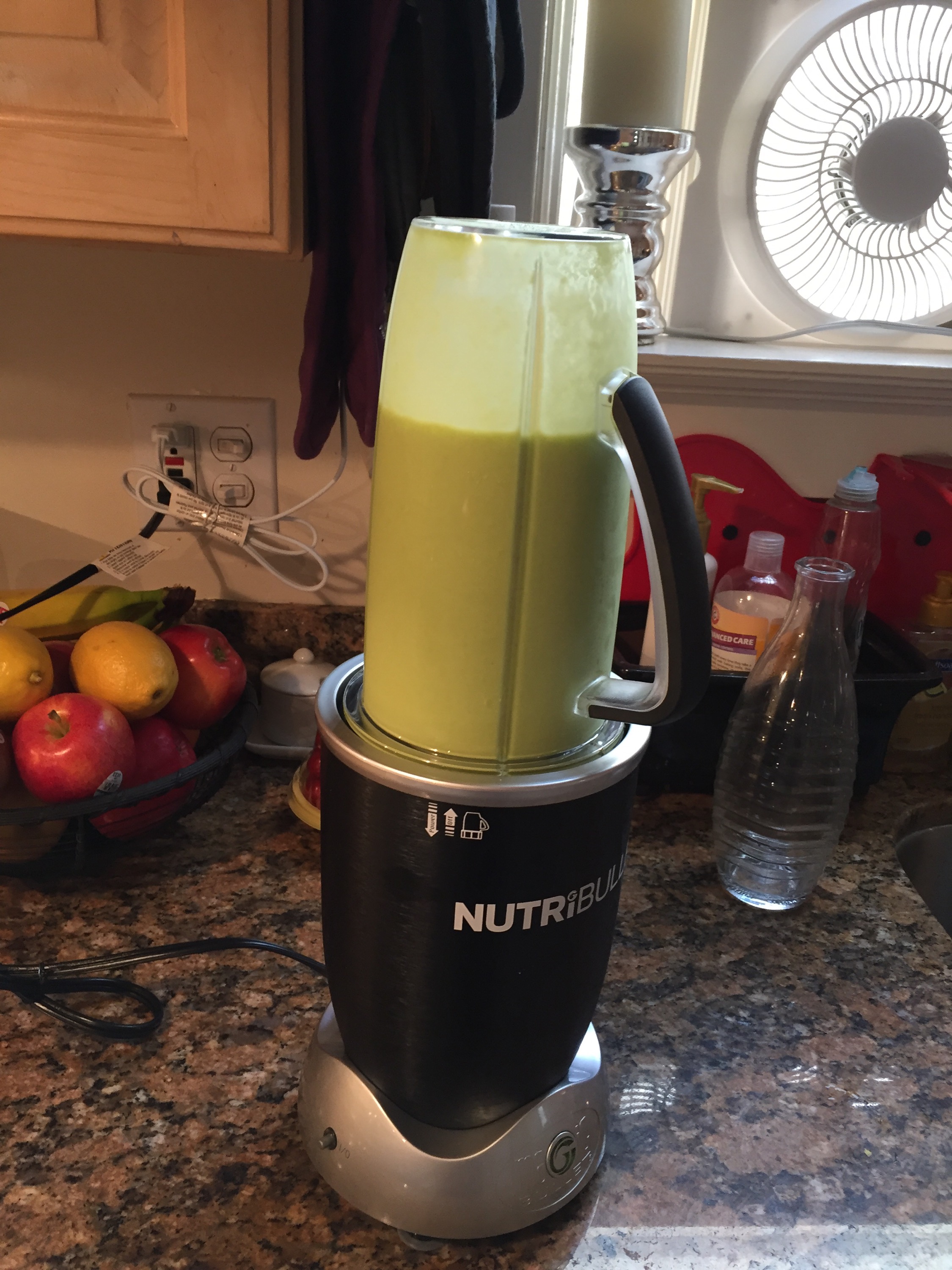 “Oh for the love of grits & gravy”

After having been off-kilter for a few days; I was sort of craving something warm and stick to your ribs good, but with not a lot of grease or heavy ingredients, and that I could make in my residence unit while I’ve been down here in Atlanta. Then I remembered about a rice porridge that a friend used to make me each year after Thanksgiving when she would use the leftovers for the stock to make a dish called congee or jok. Not new to those with Asian cultures, a few of my friends used to tell me that it was the Chinese version of “Jewish penicillin”.
With all the wet weather we have down here in Atlanta I thought it was a perfect recipe to attempt with my limited cooking options an the fact that another pal had lent me her crockpot while I’ve been here in town.
After looking at several recipes online I decided to go with a mashup of what I call the “travelers recipe” version which essentially means the infriedients has to use the who portion so I don’t have leftover ingredients.
After cooking on low for 8 hours. I got in after work to great smell and with a few last minute additions was eating in 20 mins.

Seasonings are to taste I used what I had around here salt pepper red pepper flakes in a little bit of Italian seasoning mix.

If you’re going to be at work all day lightly spray the bottom with cooking spray. This could help if you run out of liquid and the rice sticks a bit

After rinsing the rice, mix water and vegetable broth, rice, ginger, salt and pepper, and carrots into the crockpot.

I let it cook for about eight hours, (and I didn’t stir mine until I got home and only had a little bit of stickiness on the bottom, other people have said that if your home doing it you can stir up to several times during the cooking process.)

Turn the heat up to high, add the bag of frozen squash, add the container of chilled chicken.

Cover and let cook for another 30- 45 minutes or until heated through.

I tossed in little bit a red pepper flakes about this time added some more salt and pepper to taste and it was good to go.

For this version I didn’t want something so thick like oatmeal so there was still some liquid in it but you can let it cook longer to cook out more the liquid.

Note: after eating and I also realized it eased my craving for creamy corn chowder that I’m not supposed to eat because of the dairy. 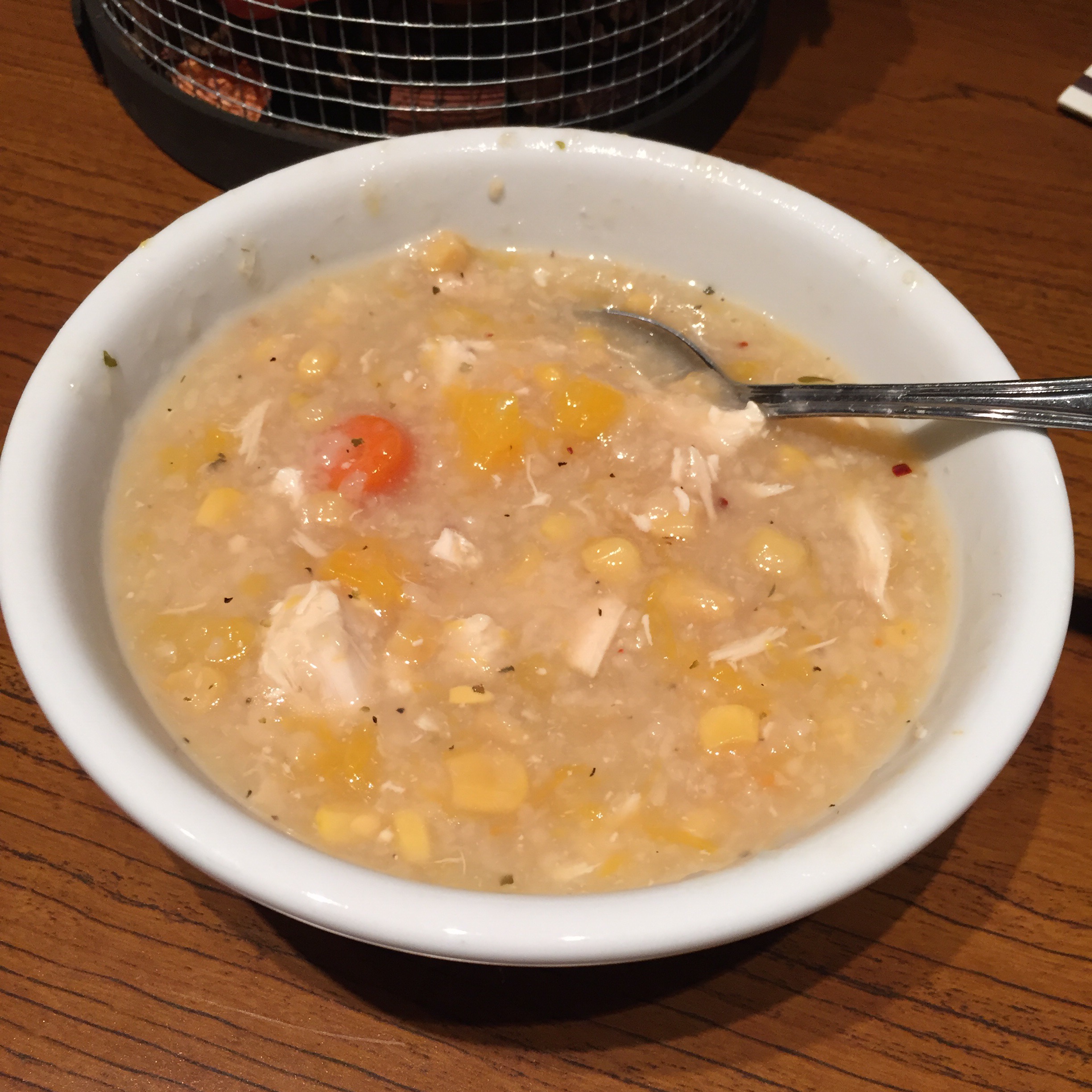 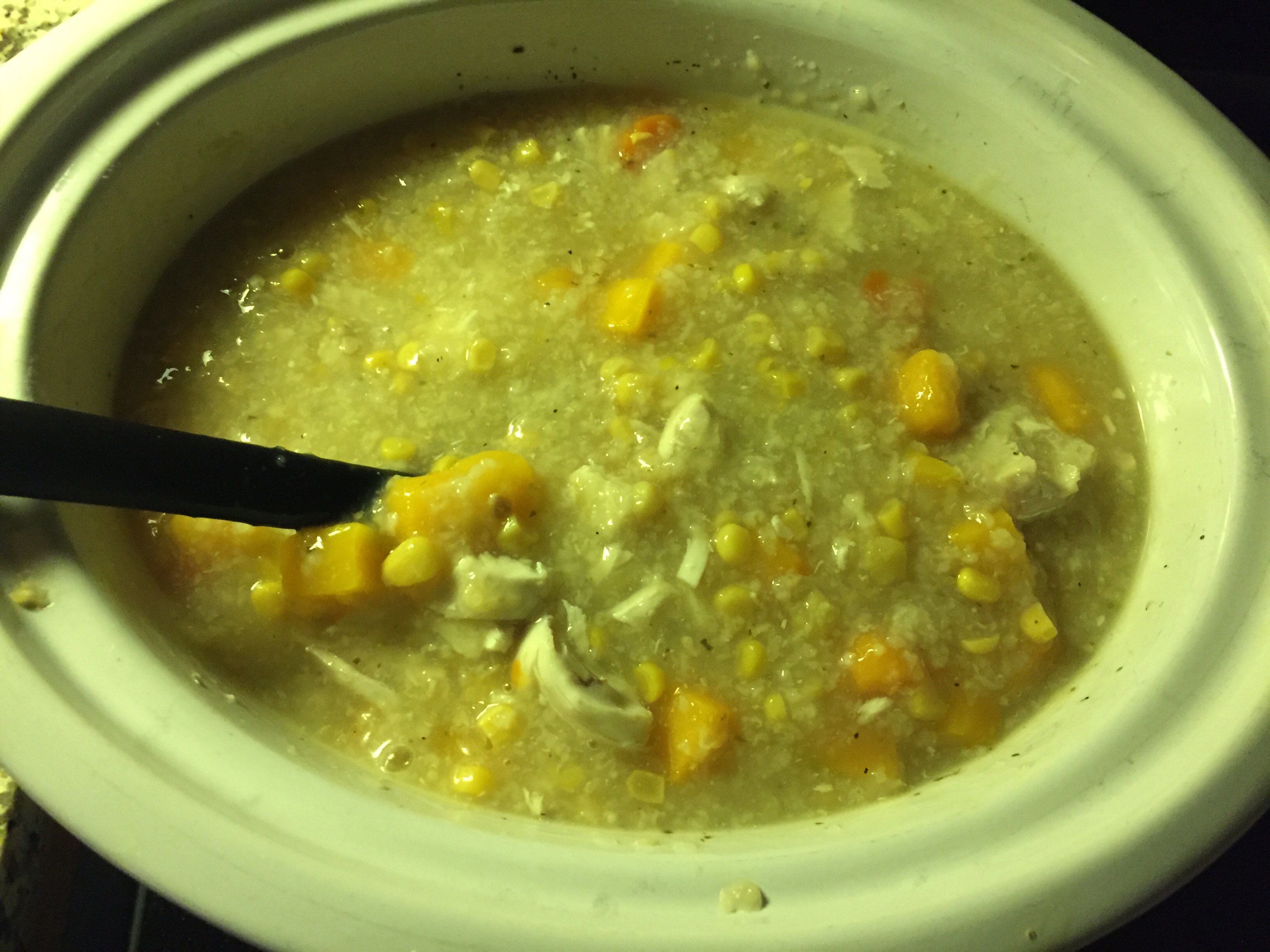