A heartfelt and courageous concert from the men of the San Francisco Gay Mens Chorus last night at the Herbst Theater. Dr Timothy Selig, with only half  (space constraints of the Herbst stage) of his talented arsenal of out and proud men, became a real-world “wall of hearts” over the weekend and clearly illustrated the power of love, integrity & resilience. 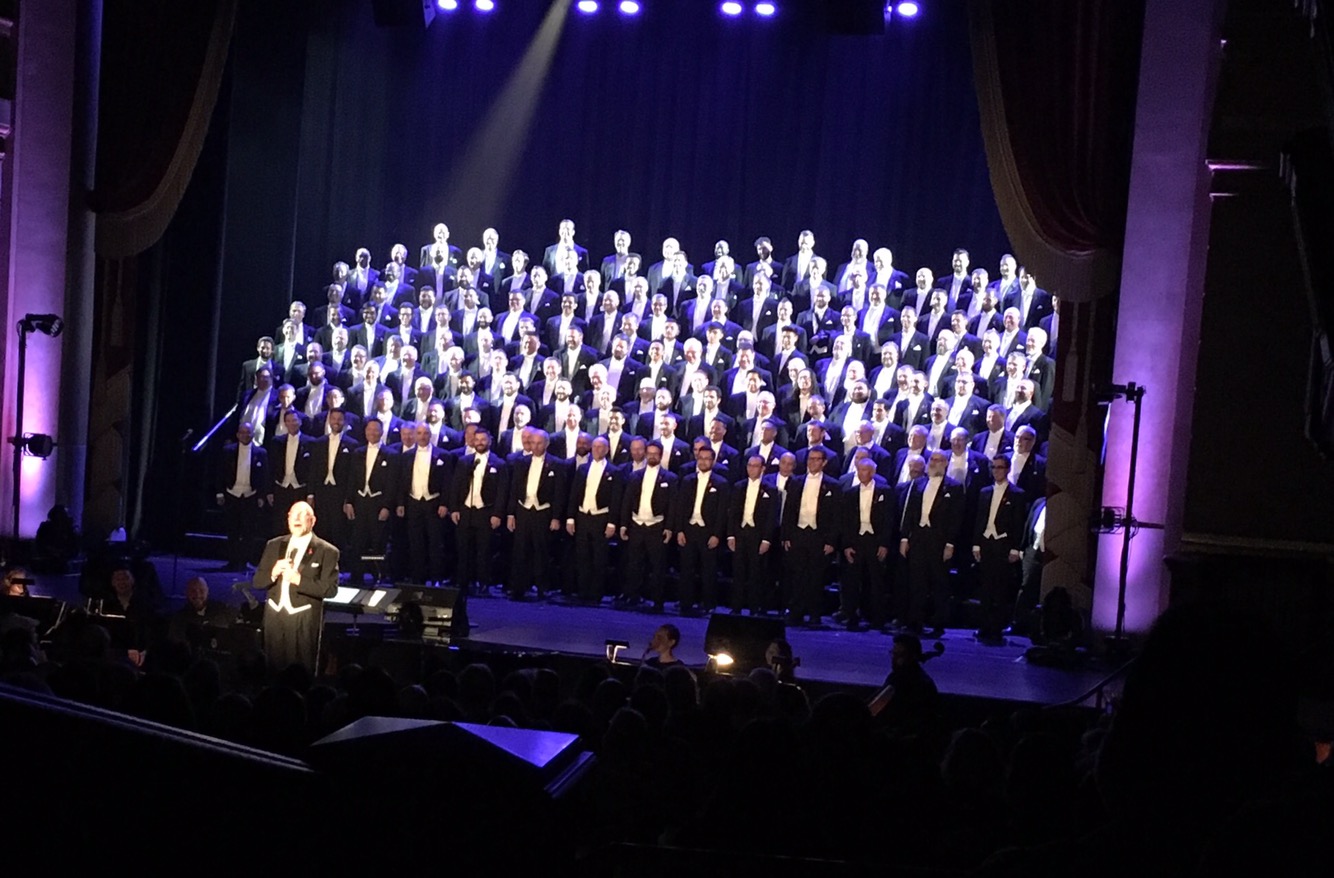 This diverse collection of “hearts”, rose to new heights to a full house to perform a concert worthy of it’s “Paradise Found” theme. Even more impressive was knowing that less than 24 hours prior, they had lost one of their own “hearts” on the very same stage.

Stay tuned for more details as SFGMC prepares for an incredible summer tour, dubbed  The Lavender Pen Freedom Tour as they raise funds while making diversity and inclusion heard in some of the more restrictive cities here in the Unites States. For more information and how you can help (or join them as part of the “Entourage”) visit http://www.sfgmc.org.

Equally entertaining was the richness of the “traditional meets contemporary” performances from the concert guest artists of  the evening, Patrick Makuakane’s Na Lei Hulu I Ka Wekiu dance company. Along with the super talented troupe, we were tempted with a look at The Nat

ives Are Restless, a new coffee-table book that tells the story of Patrick Makuakāne and Nā Lei Hulu through a stirring narrative, striking photographs, and arresting moments from performances through the years.

REMEMBERING RYAN NUNEZ: A member of The San Francisco Gay Men’s Chorus (SFGMC) passed away on stage during the intermission of the choir’s Friday night performance.